The Philosophy of “More Cowbell”

One of my all-time favorite Saturday Night Live skits is More Cowbell with Will Ferrell and Jimmy Fallon. The actors are portraying Blue Oyster Cult recording their hit song, (Don’t Fear) The Reaper. And the producer, played by Christopher Walken, keeps telling them, “I need more cowbell.” It’s five minutes of hilarity.

I was talking to my friend Tony a few years back and was chatting about that very skit. He mentioned that he was a drummer and was playing at a local bar that weekend with Albert Bouchard who happens to play the drums for the real Blue Oyster Cult. So I asked him to find out – is there really cowbell in (Don’t) Fear the Reaper!?

Two weeks after that, I see Tony again and he hands me a gift bag. Inside is a signed cowbell and drumstick from Albert!!! I think to this day it’s the coolest gift I’ve ever received. Albert even wrote, “You gotta have more cowbell.” It completely inspired the newsletter this month.

I love going to retreats because I always come away with major action plans.

When I first decided to go out on my own, I was working from my home and decided that I needed to rent office space. My kitchen table wasn’t cutting it anymore and I was tired of meeting clients at diners or at their homes. I took a giant, terrifying leap of faith and rented my own space. MORE COWBELL! It was March 1, 2006. I had a desk, a hutch, two chairs and a laptop. The beginning of what Sugarman Law, P.C. would eventually become.

I met Ivy six years ago and at the time, my business was me + one paralegal and it was shortly after I moved to my current location. I was drowning in paperwork. I was spending half the day doing work that I should have been delegating. She and I both agreed I needed a bookkeeper and even though I was scared to start growing a support team, I did it. MORE COWBELL! And it was the best decision I could have made at that time.

Along with MORE COWBELL, comes less paper. That’s right. Sometimes it’s about doing more for the environment or more for people. Our firm is dedicated to eliminating as much paper as possible. Instead of printing things out and putting them in files, we will scan what we can. We will streamline processes and we will make a difference.

Another big thing to share…I recently spoke to first-time homebuyers at an event with People’s United Bank. MORE COWBELL! This was super outside of my comfort zone, but I did it. And I can see myself doing it more. In fact, People’s has asked that I come back to do this quarterly for them.

I want to keep pushing myself and my team. MORE COWBELL means more opportunity and growth and change. How can you add some more cowbell to your business? Go for it!

In firm news…
Lots of happenings this month!

First, we want to congratulate our associate attorney, Priyam, for getting admitted to practice law in the State of New York!

Secondly, please join us in welcoming our new paralegal, Joanne Tolkach, to the Firm. Joanne comes to us with over ten years of law experience in litigation and foreclosure.

Finally, we are celebrating two milestones – we moved into our current location six years ago this month (two weeks before Superstorm Sandy!) and our Office Manager, Rhonda Oltchick, is celebrating five years with the Firm. 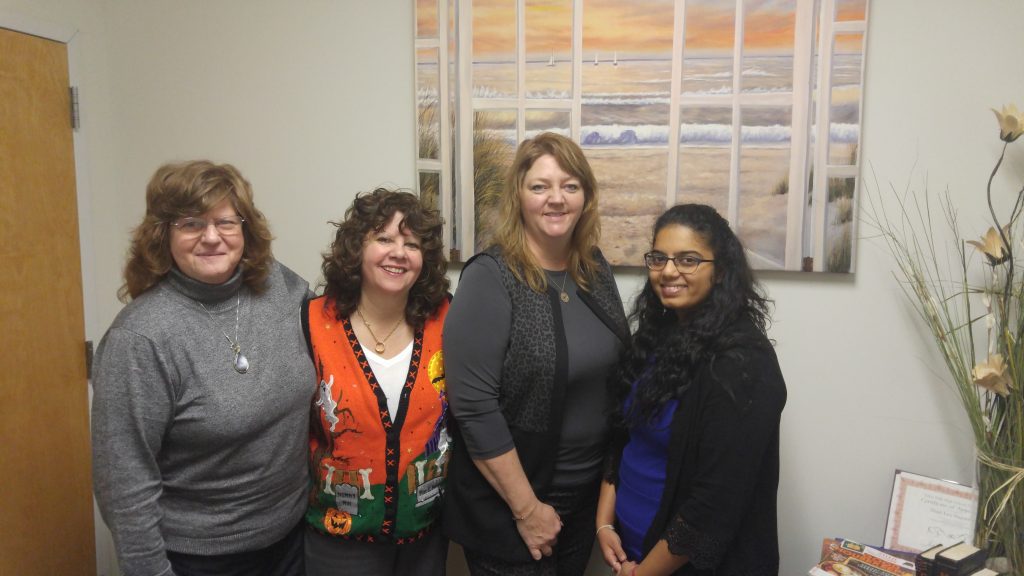 Disclaimer
The material in this blog is for informational purposes only and does not constitute legal advice or a relationship between lawyer and client. Do not submit personal information on any of our social media networks. If you have specific legal questions or want to retain counsel, please email us.